Diocese of Texas Opens the Door to Equality for All 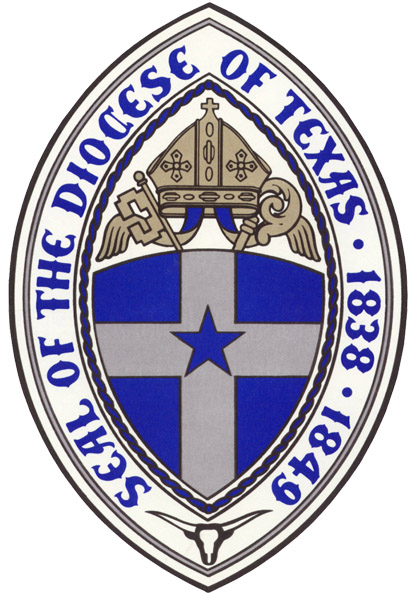 This past weekend marked a monumental shift in the Diocese of Texas in terms of equality for ALL. It also opened the doors for unlimited opportunities to advance the mission of the Church. With a vote of 499 in favor and 144 against the reordering and restructuring of the Diocesan Canons, a 19 year battle for the soul of the diocese has drawn to a close.

While there have been many on both sides of this battle, two progressives who deserve to be singled out are Muffie Moroney and The Rev. Jim Stockton. Both Moroney and Rev. Stockton can be described as tenaciously loyal to the ideal of justice and to the church that they love and serve. In the end it was current Bishop C Andrew Doyle who forged a new unity - a unity that will allow the diocese to finally put divisions on marriage and LGBTQ rights behind us as we are given the opportunity to move into mission without bringing along nearly two decades of harmful political baggage. Ultimately, this vote was more about mission and less about marriage.

There are several key points that highlight the effect of this council action.

1. This restructuring and reordering of the canons, treats all marriages equally. No longer will married LGBTQ clergy be automatically disqualified from serving in this diocese.

2. Parishes will be able to call the priests of their own choosing. Hiring can now be based on a person's abilities, skill and job performance.

3. The responsibility for moral discipline as it pertains to the breaking of the marriage vows within the ranks of the clergy is returned to the office of the bishop.

Even more wide sweeping than these direct effects, this council action changes the political tone for councils yet to convene. No more will there be a need to strategize, plot, and plan how one side will win against the other. Months of gathering support on either side will cease. No more political posturing over the sexual mores of an entire diocese.

This action also signals to every LGBTQ Christian that they indeed have a home in the Episcopal Church. The opportunities to serve Christ are open to all without limitations.

The road forward may be rocky but Episcopalians throughout the Diocese can hold fast to the idea of being unified in mission as they seek to engage the communities in which they serve.

The Way We Were

"The way we were" is more than just the title of a hit movie and hit song.  It reflects the way things were, or at least the way we remember things were, during a specific period of time.  I have thought about that frequently during our discussions about the communique from the Primates.

When we recite the creeds, we include phrases about believing in things seen and unseen.  Now that is usually in reference to our Creator, the Holy Spirit or one of the multitude of holy and mysterious things beyond human sight.  Yet I can also see it at work in earthly issues as well.  But, in some cases it works the opposite way: we don’t believe because we can’t or haven’t seen.  Such is the case with human sexuality issues and LGBTQ issues in particular.  Not seeing us is an excuse for thinking we do not exist.  Not seeing us provides justification for exercising bigotry and prejudice… even to the point of torture and execution.

I’ve recalled numerous ordained persons state with all seriousness that there were no "homosexuals" in their parish/diocese/province.  Such is an easy stance to take if that population is not visible, remains fully closeted, lives in fear of discovery or just cannot be public about their existence.  I have even had folks say that they did not know anyone who was "homosexual."  I have to admit that my thoughts, not my words, my thoughts were:  Doesn’t this dimwit know what is standing right in front of him (yes it is usually a male!)  Being able to "pass" has some advantages, especially having people reveal their true thoughts and feelings right in front of you!  Of course it then becomes an educational tool and opportunity as well.

So now, let’s turn to the situations that gave birth to the recent statement of the Primates of the Anglican Communion.  Aside from the expressed levels of disdain, judgment, and posturing, there is the issue of visibility, more accurately, the lack of visibility.

We know that there are LGBTQ members of every province in the Anglican Communion.  We also know that many live closeted lives….lives filled with the fear of being found out…..lives immersed in a marinade of hate, bigotry and prejudice.  Ignorance gives birth to hatred, bigotry and prejudice…and it creates an atmosphere of fear on all impacted by the situation.  These sisters and brothers in Christ are not even seen by the very people who denigrate them.

We know from the experiences of others around the globe, secular and faith based, that visibility will change the way our LGBTQ sisters and brothers are perceived and treated.  Right now, many Primates see issues of human sexuality as nothing but an issue.  When that issue gains a human face, the face of a child of God, the conversation begins to change.  It is easy for any of us to just dismiss an issue.  We have a much more difficult time, at least I hope we do, dismissing a human being.

What should we do to assist without being perceived as interfering or continuing to impose some type of colonial view upon those with whom we so vehemently disagree?  Among the first involves educating people, particularly some of the Primates, on the very existence of some of "us" among "them" and having been there for a long time.  We need to find a way to create relationships with those who are so different from us in their thinking and help them see the face of Christ even in a queer.  If they begin to see the face of Christ in us, we can further the process of helping them see the face of Christ among their own flocks.  This will neither be easy nor quick.

I hope and pray that the parishes and dioceses in The Episcopal Church will maintain ties and companion relationships with their counterparts around the communion who seek to walk apart from us. (Despite what some may hope, this issue is not going away.  It will only get more critical over time.)  Those ties and relationships provide an opportunity for us to witness to the presence of Christ in our lives as LGBTQ Christians. They allow us to help make it more safe for others by our own visibility.

I challenge us all, members of Integrity, lay and clergy leaders, all who claim The Episcopal Church as their part of the Body of Christ, to seek out ways locally, church-wide, worldwide to help those who would act out of hatred, cruelty and prejudice begin to see the face of Christ in all…..even those toward whom they would use vile and offensive labels.  Jesus Christ taught us to love and never provided any exceptions as to whom we were to love.  Let us not create what He did not.  Let us be the hands and feet, eyes and ears, heart and soul of the One who loved us and gave His life ransom for all.