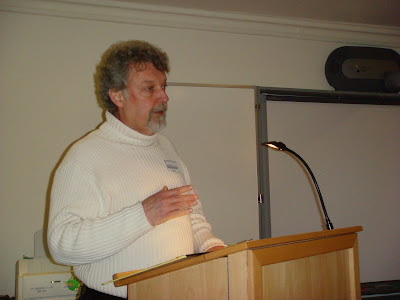 The Rebuilding Communion Course continued today. The focus moved from the past and present to the future.

Donn Michell, a member of Holy Apostles Episcopal Church in New York City and a former secretary of Integrity, presented the 7th paper, "Anglicanism and Human Rights." He made the following key points...

Posted by John Clinton Bradley at 4:33 AM