Susan Russell To Be Made Canon 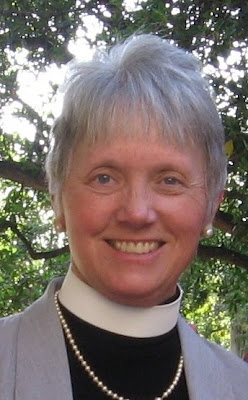 We will honor the ministry of the Reverend Susan Russell,
Senior Associate at All Saints Church in Pasadena, who is
being named an honorary canon of the diocese. A past president of Integrity, Susan has appeared on countless panels and national broadcasts, advocating eloquently and tirelessly for the full inclusion of gay men and lesbians in the Church. Bishop Sergio Carranza will preside at the service, which begins at 4 p.m. Canon Jim White will preach.
The evensong and reception are open to all.