New Tools and New Leadership from Believe Out Loud Workshops 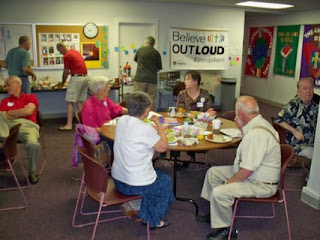 This summer there were 8 Believe Out Loud Provincial Workshop and the evaluations reveal that they were helpful to many different people in many different ways.


As Vice President for Local Affairs, I was privileged to be a co-facilitator with the people identified below. It was our intent to have the Provincial Coordinators (PC) serve as the other facilitator. In places where the PC was unavailable or the position vacant, David Cupps, Inetrgity's Treasurer stepped in.

Participants were equipped with a set of tools to help make our legislative successes at General Convention, living realities at provincial, diocesan and parochial levels. These included, graceful engagement, framing and how to effectively share our stories.

One of the most tangible benefits for attendees and facilitators alike was a renewed sense of mission...to work for the full inlcusion of all the batized in all the sacraments. Many of those who attended were newcomers to Integrity. We talked about Integrity's structural and strategic plans which are aimed at empowering leaders in provinces, dioceses, chapters and parishes


These BOL workshops produced several exciting action plans. These ranged from a committment to increase the number of BOL/Proud Parish Partners in a diocese to strategies for an Integrity presence at Diocesan Conventions. Some groups were ready to draft convention resolutions, others needed to network with fellow leaders and potential members to assess needs to help to build/rebuild Integrity structure. Many wanted to replicate the BOL toolkit presentation at local venues. Integrity is already considering ways in which we can support this.

One exciting outcome was that we identified new Coordinators for Province 3, 7!

If you are interested in leadership in Integrity USA, we would love to talk to you! 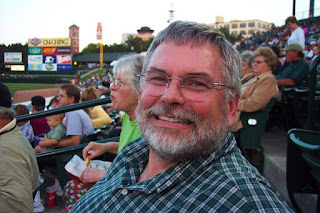 Neil has served on the Integrity USA board for seven years. He lives in Rochester, N.Y. with his partner, Kyle. He is long time activist in his Diocese.
Posted by Louise Brooks at 4:33 PM