Margo McMahon gave us permission to share the following note that came with her gift to the Anaheim Appeal ...

Enclosed is my check for $100. I saved up over the last three months from my disability check to make the donation. I have witnessed Integrity’s work at General Convention and totally support it’s work. If every Integrity member were to consider giving $100 (via two installments if needed), Integrity would more than meet its goal.

Nominations Are Open For One More Week! 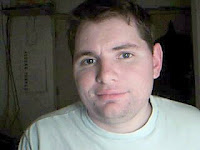 Last week I announced that nominations are now being accepted for the following positions...

Please prayerfully consider whether you or someone you know might be called to lead our ministry into the next triennium.

Click here for more information and to submit a nomination! The deadline for nominations is Sunday, March 29th.

Voting will occur during May. Elected candidates will take office October 1st.

Feel free to contact me at leftpaw76@gmail.com if you have any questions about the nomination or election process.

Josh is Integrity's network coordinator in the Diocese of Washington.

Bishop of Vermont Testifies In Favor Of Marriage Equality

Senator Sears and members of the Senate Judiciary Committee:

My name is Thomas Ely. I am a resident of Burlington, Vermont, and serve as Bishop in the Episcopal Diocese of Vermont. I have been happily married to Ann for 32 years. I appreciate the opportunity to address the committee in support of the matter before you: An Act to Protect Religious Freedom and Promote Equality in Civil Marriage. I especially appreciate the accommodation to my schedule and for allowing me to present my testimony by way of a pre-recorded video [recorded March 10, 2009]. From March 11-21, 2009, I am attending a meeting of the Bishops of The Episcopal Church in North Carolina, and therefore not able to be present in person.

The testimony I offer is my own, and while I believe it represent the
sentiments of the vast majority of Episcopalians in Vermont, I know full
well that it does not represent the view of all Episcopalians in
Vermont. I want to acknowledge at the outset that our diocese, like most
religious denominations, is not of one mind on the various issues
concerning human sexuality that are currently part of our civil and
religious discourse. I respect those differences and remain committed to
conversation with those who disagree with my thinking. At the same time,
I do hold strong convictions that are well known among the members of
the Episcopal Diocese of Vermont, and my testimony today is consistent
with those beliefs.

As a person of faith, my religious beliefs, grounded in the Bible and
the Baptismal Covenant, have led me to speak out for human and civil
rights in a broad range of areas over the years. The Episcopal Church’s
General Convention in resolution after resolution has, since 1976,
consistently expressed its conviction that homosexual persons are
entitled to equal protection of the laws with all other citizens, and it
has called upon our society to see that such protection is provided in
actuality. The intent of the legislation before you is consistent with
that voice from our denomination’s highest form of governance.
Vermont has lived with a certain measure of equality for gay and lesbian
couples since the enactment of our current Civil Union legislation. This
legislation seeks to provide an even greater measure of equality and
dignity. As you well know, because of federal statues this law cannot
provide a full measure of equality, but it is a step in the right
direction and sends an important message to our elected leaders in
Washington. I applaud those who have introduced this legislation and
encourage all legislators and our governor to support it.

Marriage equality means different things to different people, but among
the things it means to me is that the values I hold dear in my own
marriage and in the marriages of other men and women of faith can be
celebrated by all. Those values include the mutual love and support of
another person in a committed life-long relationship, in which fidelity,
joy, help and comfort in all circumstances can be respected and
practiced, and through which the stability of family can be provided for
those who choose to care and nurture children. I do not believe that
this legislation will diminish, or compromise, the integrity of marriage
(certainly not my marriage). Rather, I believe it has the possibility to
strengthen our understanding and appreciation of marriage as we witness
the love and fidelity of gay and lesbian couples alongside that of
straight couples.

Finally, as the title of this bill reflects, there is a need in this
legislation to affirm the principle of religious freedom that is so much
a part of our society. This bill will not settle the theological debate
within religious communities—but that is not your work, is it! Your work
is to serve the citizens of Vermont and to assure, to the best of your
ability, the civil and human rights of all of us.

You need not, nor should not, wait for a consensus to emerge among the
various religious communities active within our state. That is not
likely to happen for a very long time. In this case, justice delayed is
justice denied. The Episcopal Church, other Christian churches, and
other religious faiths all have their work to do, and each will need to
live with integrity with this new law, just as we have learned to live
with the conviction of our various beliefs in response to Civil Union
legislation. This will not be easy for the Episcopal Church here in
Vermont and throughout our denomination. Our Canons and our Book of
Common Prayer are clear in the use of marriage as between one man and
one woman. Many are working to expand that understanding, but that will
require the action of our General Convention. In the meantime, we here
in Vermont will continue to provide the very best pastoral care we can
to all couples who seek God’s blessing on their faithful, committed,
monogamous relationships.

The time is right for Vermont to move forward with what is right and
just for all with regard to civil marriage and the many benefits it
brings to couples and to society as a whole. Thank you for your
attention to this important matter and for this opportunity to speak
with you today.

Posted by Integrity USA at 4:15 PM