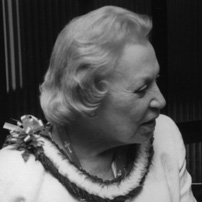 Integrity joins those throughout the Episcopal Church mourning the death of Pamela Chinnis – a prophetic leader who both challenged and shaped The Episcopal Church on issues of justice and inclusion. As the first woman President of the House of Deputies Dr. Chinnis worked tirelessly to combat both sexism and homophobia in the church and presided over many landmark decisions on the road to full inclusion.

“In 1993, as the church looked toward its 1994 General Convention in Indianapolis, Dr. Chinnis became the first President of the House of Deputies to address an Integrity gathering. At that historic meeting she promised to appoint “out” gay and lesbian deputies to legislative committees at the upcoming convention and pledged personal vigilance for "the whole issue of gay and lesbian rights," speaking, she said, "as the mother of a gay son."

Other Integrity leaders remembered Pam Chinnis and celebrated her support for justice and inclusion. “I knew Pam not only as President of the House of Deputies, but also as a fellow member of the Diocese of Washington,” said Michael Hopkins (1997-2003). “Pam was an amazing combination of graciousness and conviction. Her commitment to LGBT people was unsurpassed. What a gift she was to the church!”

“No one in a position of leadership in the Episcopal Church was more committed to full inclusion of LGBT people or did more to bring it about than did Pamela Chinnis,” said Kim Byham (1987-1990) "What a blessing she has been to us all," said Integrity founder Louie Crew.

“The greatest tribute we could make to the life and leadership of Pamela Chinnis is to complete the work of fully including all the baptized in all the sacraments,” Hall continued. “As we prepare to gather again in Indianapolis for General Convention 2012, let us not only give thanks for her work and witness -- let us also pray for the power and perseverance to move the church forward in our generation as she did in hers.”
Posted by Louise Brooks at 12:15 PM