We Celebrate Louie Crew Clay's 80th Birthday with a Surprise 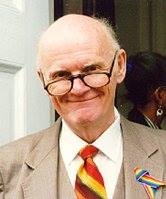 On December 9, 1936, exactly 80 years ago today, in Anniston, Alabama, God dropped a blessing into the lives of Erman Louie Crew, Sr. and Lula Gaines Hagin Crew. That same blessing would impact this world and would shake many foundations and rattle many cages over the course of the next 80 years. The child born that day would help reshape The Episcopal Church and secular society in ways never imagined at the time. Today is the 80th birthday of Erman Louie Crew, Jr., better known to us as Louie Crew Clay.
Happy Birthday, Louie!!
Integrity USA has chosen to honor Louie’s milestone birthday by creating the Louie Crew Clay Fund for Lifelong Learning. Louie’s life has been devoted to teaching and learning. He has learned where the Holy Spirit has been leading him. In turn Louie has sought to teach others. His gentle spirit and cheerful demeanor has educated and inspired thousands about how it is possible for any LGBTQ person to be a true follower of Jesus Christ.
If you would like to make a contribution to this fund in Louie’s honor, please go to this link.
Early in 2017, the Board of Directors of Integrity USA will send your contributions and a resolution to the Executive Council of The Episcopal Church requesting that a special trust fund be created bearing the title of “The Louie Crew Clay Fund for Lifelong Learning.” That trust fund will become a source of income to Trust Fund (TF) 514.00 (Marie Louise Constable) aka “The Constable Fund” created in 1939 to be used for the purposes of The Episcopal Church, preferably for work of religious education not provided for within the budget of the church. After the creation of that trust fund, contributions may be made directly to it through the Church Center. 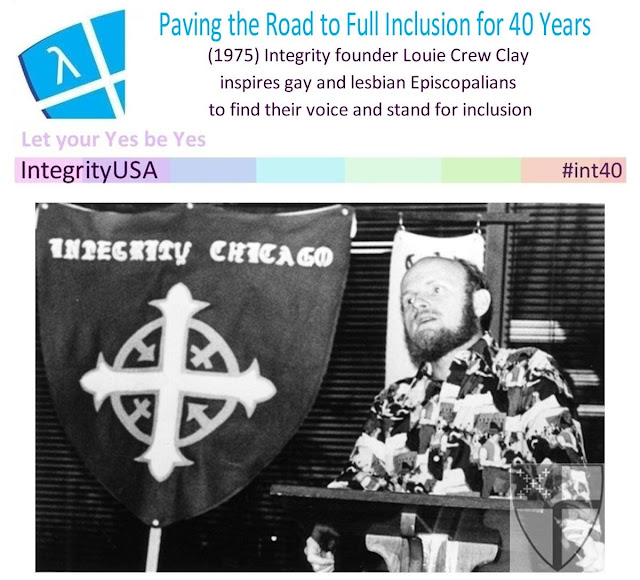 Louie founded Integrity in 1974 and thus began a long journey toward bringing the full inclusion and equality of lesbian, gay, bisexual and transgender persons into the life of The Episcopal Church at all levels of ministry, both lay and ordained. The journey was never an easy one. It faced opposition from many who could not conceive of LGBT folks ever having a personal relationship with Jesus Christ as their Savior.
Even more inconceivable to some was the idea that LGBTQ folks would ever be ordained deacons, priests and bishops in the church. Still further beyond even the imagination of many was the possibility that same gender couples would be married by The Episcopal Church, in the church, using liturgies approved by the church. 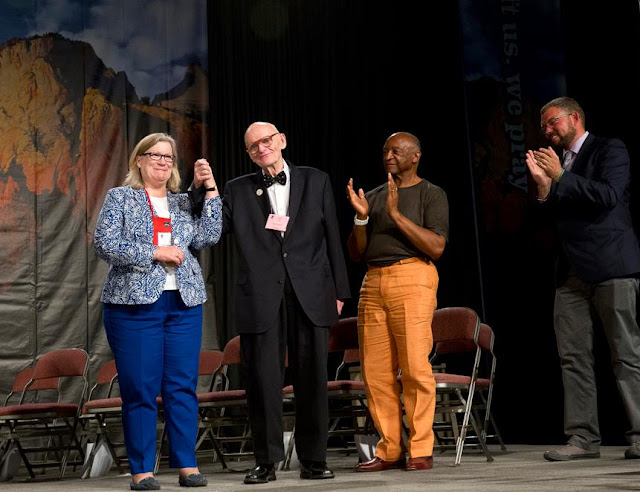 Yet, today, despite some pockets of resistance, these milestones in ministry have been achieved. What Louie began continues to gather into the church those who are among the outcast and marginalized of both society and church. It was through both learning and teaching that issues were peeled away to reveal the faces of the children of God. The human face is infinitely more difficult to dismiss than an issue.
Louie’s ministry has been supported by his beloved husband Ernest. Without that support, without that partnership, the journey would have been too difficult to imagine. Integrity USA asks God’s blessing on Louie and Ernest as they celebrate the 80th anniversary of Louie’s arrival into this realm. 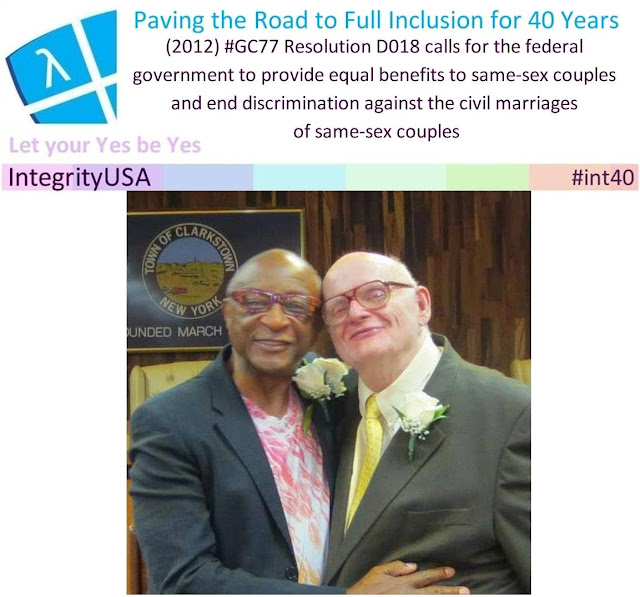 Posted by Integrity USA at 2:29 PM No comments: