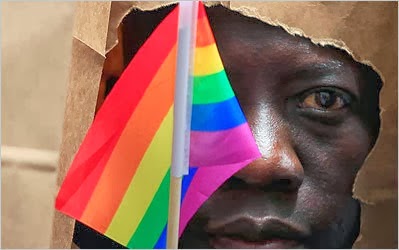 
As I write this, I look forward to my parish’s Epiphany service, which marks the recognition of Jesus as the Son of God. Since this is New Orleans, it also marks the start of Carnival Season and the first time since last Mardi Gras that anyone is supposed to eat King Cake.

But this year, I add the excitement of joining with partners to launch the LGBT Faith Action Network (LGBT-FAN) which will support faith-based efforts to help LGBT asylum seekers throughout the United States.

Our kick off begins with a Congressional Briefing on January 8, a community event on January 9, and an LGBT-FAN planning retreat January 8-10—all in Washington, DC.

The last time I wrote a blog post about LGBT-FAN, I asked readers to reflect on Matthew 25: 34-40 in which Jesus says "Truly I tell you, just as you did it to one of the least of these who are members of my family, you did it to me," and consider reaching out to people who flee to the United States because of extreme homophobia and transphobia in their home countries. As people fleeing terror, they share much in common with heavily pregnant Mary and Joseph, who the Bible tells us fled to Egypt seeking safety.

I’m saying much the same thing today: Consider that your faith might be calling you to reach out in some way – large or small – to people fleeing violence and persecution. Epiphany is a call for Christians to recognize Jesus – not just in a baby born into an impoverished refugee family over two thousand years ago, but also in men and women who have faced torture and murder, sought refuge in the U.S., and are not allowed to work or use most social services until they have been granted asylum or their applications have been pending for at least six months. Many of them are living on the street and taking extreme measures just to survive. Why? Because they are lesbian, gay, bi, or trans, and they were born in places where that can be a death sentence.

Taking even a small action could make a huge difference in someone’s life. Here’s what you can do right now:
Max Niedzwiecki, Ph.D. is the Coordinator of the LGBT Faith & Asylum Network, and the former Executive Director of Integrity USA.

Posted by Integrity USA at 3:16 PM