Friday, June 20th, is World Refugee Day, when the plight of displaced persons around the world is upheld for advocacy and prayer.  The Presiding Bishop of the Episcopal Church, the Most Rev. Katharine Jefferts-Schori, issued a statement which says, in part:


"Remember in prayer all who flee persecution and suffering in search of security and peace, remember the baptismal promise to strive for justice and peace, and reaffirm our commitment to welcoming the stranger as Christ himself." 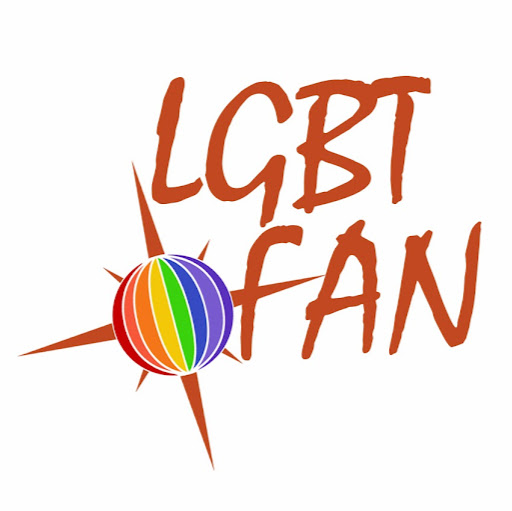 Throughout 2014, Integrity has shared messages from the LGBT Faith Asylum Network, an organization led by our former Executive Director, Max Niedzwiecki.  Max also addressed the April meeting of the Integrity Stakeholders' Council.

LGBT-FAN helps connect LGBT asylum seekers with individuals and groups who are willing to help with housing, job placement, the asylum/immigration process, and spiritual care.  Where possible, they help to foster a community for these displaced people by guiding them to places where others share their cultural/ethnic experience.  In addition, LGBT-FAN seeks to educate faith communities about the struggles LGBT asylum seekers face, in the hope of building much-needed additional support and outreach.

The situation for LGBT people in many countries throughout the world is dire.
In the past year, Nigeria, Uganda, India and Russia all created new anti-homosexuality laws.  Violence has increased against LGBT people, often with the tacit approval of government officials and church leaders.  The Anglican archbishops of Uganda and Nigeria, along with their backers in the West, have voiced their approval for the new legislation in those countries.

Once here, asylum seekers are not eligible for government social services nor permitted to seek employment for at least six months, while they are trying to sort through the immigration/asylum process, often without the funds to pay for legal help.

On this World Refugee Day, we ask that you learn more about the work of LGBT-FAN and consider whether you are being called to assist their work in some way.  We ask that you speak about the plight of LGBT asylum seekers within your faith communities; there is a good deal of information available on the organization's web site for sharing.  You can read first-person accounts from some of the people they have been able to help, learn about the innovative ways different groups are providing assistance, and consider whether a program might be possible in your area. 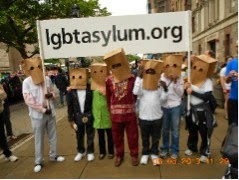 Some LGBT groups have elected to dedicate part of their presence at Pride events toward building awareness of the LGBT refugee community.  Reflecting the need for anonymity or their "facelessness" situation, asylum seekers or those representing them wear masks or even bags over their heads, carried placards, etc.

Please hold LGBT asylum seekers and those working to assist them in your prayers as they attempt to find a safe home where they can live authentically without fear.