Transformed by the Spirit, Called to Serve 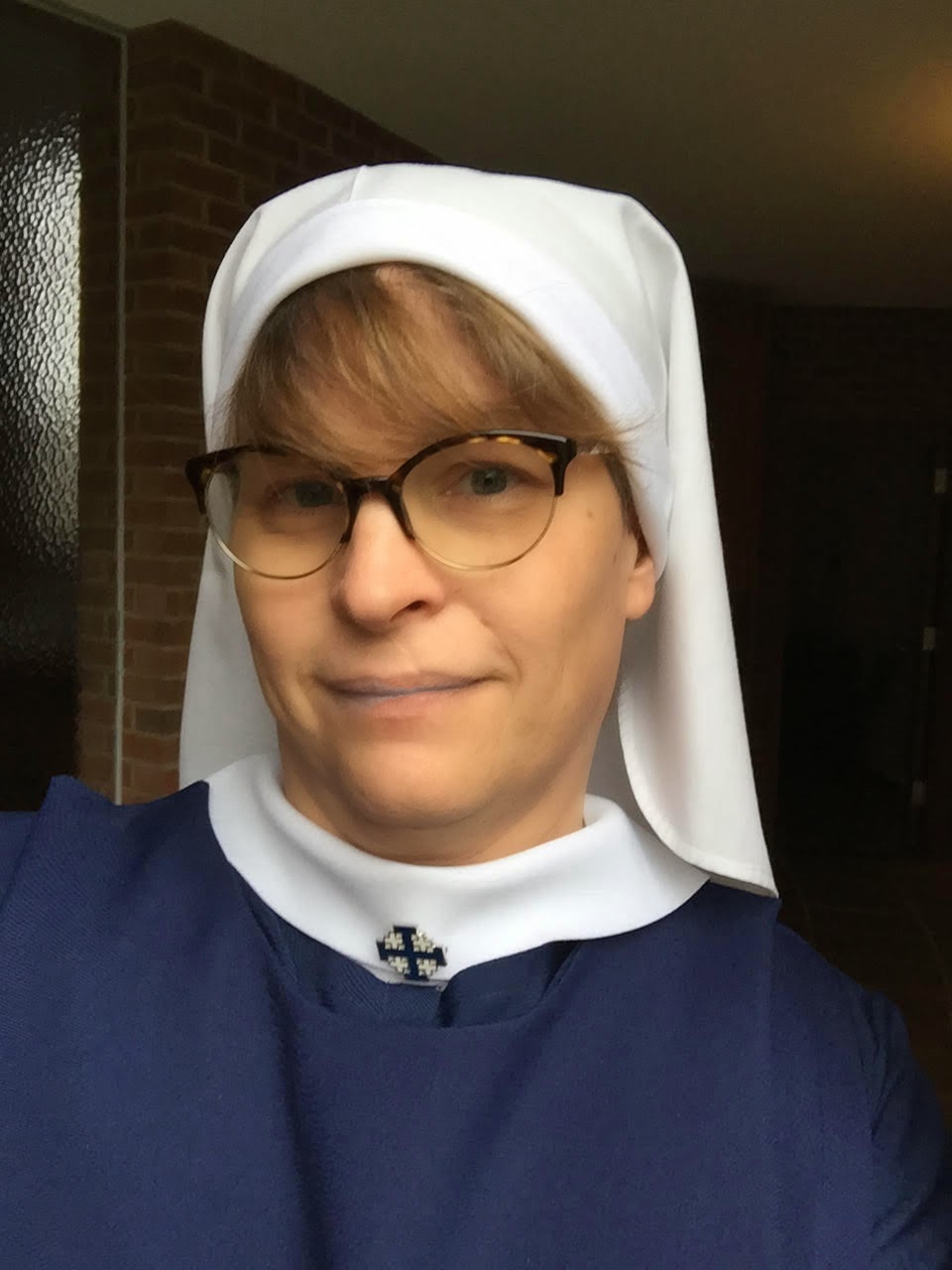 In 2013, I retired after 24 years as an Air Traffic Controller for the Federal Aviation Administration and joined the Community of the Transfiguration, an Episcopal women’s religious order, as a Postulant.
A few weeks ago on the Feast of St. Andrew, I was clothed as a Novice and took my religious name of Sister Catherine Maria. After some research, I learned that I may be the first transwoman to be a Sister in a mainline religious denomination in the world. I live in community with the Sisters, and they have welcomed me with open arms. Bishop Michael Curry, who presided over Integrity's 40th Anniversary Inaugural Eucharist, is my Community’s Bishop Visitor.

I took my first-ever retreat at the Community in February of 2013, stayed for five days and it was magical. Things just happened every day - a new thing every day - and I felt such a draw to this Community, I just knew immediately that I wanted to be a woman religious and that I wanted to be a part of this Community. I truly believe that this is part of God’s plan for me to be here, in the Community, to care for the elder sisters and to bring life and service back to the Community.

I draw my strength from interacting with those less fortunate than I. Because of my history - I've suffered many personal losses of family and loved ones in my life - I can truly empathize and relate to a homeless man or woman, an addict or a prostitute; they are my closest friends now.  Because in many ways I myself was "kicked to the curb", I understand how they feel, and if I can bring them any solace though mercy, even by just listening, well I've done something.

I also now gain positive energies from advocating for gay and transgender people and issues relevant to them. Early in my discernment, I struggled with where I fit in this regard, but I learned that in order to be Christ-like, I had to embrace who I was and carry my cross every day. Jesus did not deny who he was, and I cannot any longer; I've come out openly as a transgender woman pretty much this year. I don’t have to be open, I can pretty much be “stealthy”, but I made a conscious decision to be out and to bring the message that we are all God’s children and that She loves us regardless, and we are in fact made in Her image!  God loves us all, even if our families do not.

Part of my calling is to be open about my story. I never was, but through my vocation I've increasingly become an activist.  This past year I've worked with Why Marriage Matters Ohio, Marriage Equality Ohio, and the local HRC, I am on the Cincinnati PRIDE Committee, worked with numerous interfaith groups, and also with the LGBTQ Youth Homeless Initiative, one of only three in the country funded by HUD. My message that I bring to every group is simply this: we are all Children of God and He loves us all no matter what.  We are all valued regardless of our position in life, whether gay or transgender, homeless, addicted or a woman of the street - we ALL have value, we all are important, we all are loved.

I would say that of all the people I've met on my journey, Mother Paula Jackson, an Episcopal priest and Rector of the Church of Our Savior in Cincinnati has inspired me most. She works tirelessly for the needy and homeless, the gay and transgender communities, and especially for the immigrant community in Cincinnati.  If only I had half her energy!

My deep calling is to reach out to others and bring the very real message that we are all God’s children, that Jesus loves us for precisely who we are - He created us after all.  And that--regardless of what family, friends or society has tried to tell them--we all matter, we are all valued and we are all loved.  And I fully recognize this as being a transwoman myself, having dealt with the thought that God made me as a mistake… God doesn't make mistakes, and people need to hear that message. So I think that there’s some value in an avowed religious speaking out, standing up and being counted; I could remain “stealth” quite easily, but God has told me to be open for others.

Sister Catherine Maria is a novice with the Community of the Transfiguration, an Episcopal women’s religious order in Cincinnati.  Prior to answering God’s call, Sister Catherine Maria was a Severe Weather Specialist with the Federal Aviation Administration’s Air Traffic Control System Command Center, one of only 14 such Specialists in the entire country, and also the Facility Representative for the National Air Traffic Controller’s Association, a nationally recognized position. Sister Catherine Maria retired from federal service in September 2013, and in October 2013 became the first Transgender woman to enter a Convent of a mainline order in the world.

Posted by Integrity USA at 5:24 PM

That is beautiful. Thank you for sharing your story.

Blessings to all you meet on your precious journey.