Stories From the Pews - 10 Years Closer to the Light

John Miers lives in Bethesda, Maryland and is a member of the Diocese of Washington (DC), where he is on the Diocesan Council and serves as the Diocesan Jubilee Officer. He has been on the Vestry and served as the Senior Warden in his parish. 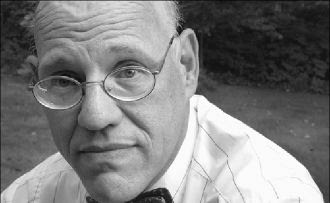 I am extremely optimistic about the future of the LGBT movement in the Episcopal Church. TEC is truly a wide tent, where all are welcome. This has become more and more evident over the past decade, and I have every confidence that this will continue.

Looking at the demographics in both our church and in society itself, there are significant changes happening. This was evident in 2003. At that time, there were many ideas in our church concerning homosexuality. I looked around our parish, and mentally broke it down into the deciles – those who were 70, 60, 50, 40, 30, 20, etc. It was fascinating to see how each of these groups reacted to this potential split in the church. Those who were 70 (and beyond), would not let it get in the way of the church they loved and from which they were going to be buried. Those 50 and 60 were the most virulent and outspoken, mostly opposed to the actions of the church. They were also the LOUDEST. With one major exception: those who had gay children; they wanted the church to be a church to their children and to themselves. As I noted, my wife and I had a Sunday night supper for parents of gay children. We met, prayed, and ate. After 3 or 4 months, we didn’t need to meet any more (but that’s getting ahead of the story).

But that was almost 10 years ago, and we have moved on. Some of those who wanted to be buried from the Episcopal Church have done so. Many of the loud and virulent ones have moved on, and only come back for funerals. (Sometimes their own.) The younger ones are still here, and are making up the growing center of the church, along with the young ones who are still here, again wondering “what is the issue, anyway?”) I see a light at the end of the tunnel. We are 10 years closer to the light.

Secondly, while there are many churches openly with gay-friendly symbols on their websites, programs, and doors, there are just as many who don’t need to make that overt statement. Sure, there are some that are not particularly gay-friendly, but they are a minority. My own parish has two gay (and partnered) members of the Vestry. I’m not sure that would have occurred before 2003. but we are 10 years closer to the light.

Third, I belong to a group here in Washington called PFLAG. The P is for “Parents” and the F is for “Friends.” I count myself in both of those categories. These Ps and Fs are where Integrity should invest its effort. These are the ones who are going to enable you to make the difference in the future. We are 10 years closer to the light, and 10 years away from the darkness.

May God bless us in our efforts. It is right to help guide the Episcopal Church to the light and away from the darkness. I stand ready to assist in any way that I can.

John has three daughters and three grandchildren. He is retired from the Federal Government where he was in management, and then in diversity. He sings in the choir and enjoys gardening.

Do you have a story from your pew that you'd like to share? Email your story and a headshot to Integrity's Diector of Communications, Louise Brooks at tvprod@earthlink.net
Posted by Louise Brooks at 3:27 PM