Great News From Our Colleagues at TransEpiscopal

Executive Order for Transgender Non-Discrimination in Public Agencies in Massachusetts


A Letter from legislators:

We are happy to share with you that this afternoon, Governor Patrick has taken an important step towards ensuring equal protection for transgender state employees. Please see details of the Executive Order, signed today, in the letter below. 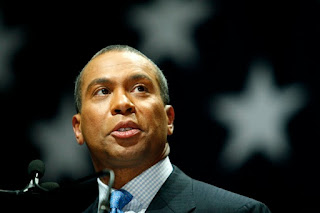 Protecting state employees from discrimination is an important step on the path towards equal protection for all citizens of the Commonwealth and highlights the need to secure comprehensive protections through the passage of the Transgender Equal Rights Bill.

Please don't hesitate to contact us if you have any questions about the scope of the Executive Order, and why the legislation is the necessary next step to ensuring full equality. 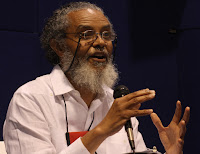 Today, Governor Patrick signed an Executive Order prohibiting discrimination on the basis of gender identity and expression in state employment. We are thrilled with the Governor’s commitment to giving all employees of the Commonwealth of Massachusetts, including transgender workers, the chance to earn a living free from the fear that they could be fired for reasons that have nothing to do with their job performance.

We know that this Executive Order is badly needed and will make a real difference in the lives of transgender people and their families in Massachusetts. Governor Patrick has done what is within his power to prevent discrimination within state government. But the Executive Order is only a first step. There are still many people who will not be protected under this order because they do not work in state government. Additionally, the order does not and cannot address the many other areas where discrimination based on gender identity and expression persists. It is not a statewide law, and it can be overturned or ignored by successive governors.

Only a statewide law can:

• Can address the problem of violence and hate crimes against transgender people.

That is why we are asking you today to act quickly to pass “An Act Relative to Transgender Equal Rights,” which was filed by Sens. Benjamin Downing and Sonia Chang-Diaz and Reps. Carl Sciortino and Byron Rushing. Only this bill would ensure that all residents of the Commonwealth, including transgender people, are treated fairly and equally by the laws of our state.