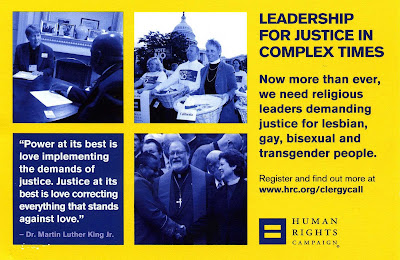 Again this spring the Human Rights Campaign (HRC) is mobilizing to field a great cloud of witnesses from across the country to descend en masse on our nation's capital for two days of teaching, training and lobbying. It's called "Clergy Call" -- and as a founding member of the HRC Religion & Faith Council I'm delighted to once again be making plans to be among those who will gather in Washington DC to proclaim God's love, justice and compassion (in general) and to lobby for justice for LGBT Americans (in specific.)

I'm looking forward to being able to network with clergy from all over the country as we learn from some of the best political strategists in the business about how our voices can help turn the tide on securing marriage equality, ending employment discrimination and continuing to move forward on issues that impact the LGBT community.

In 2007 here was what we looked like at our "photo op" in front of the Capitol before we headed off to pay calls on our representatives and senators. 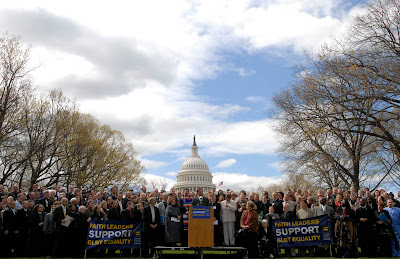 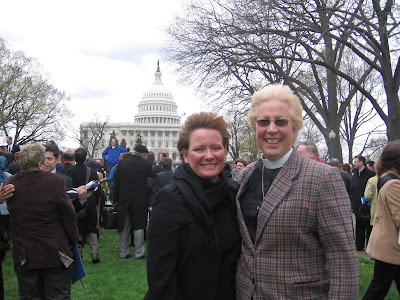 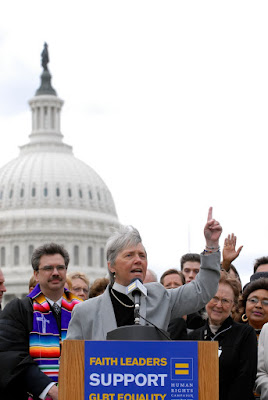 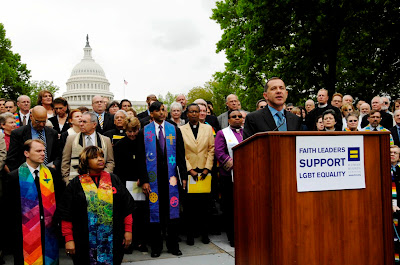 ... with a crowd that included another great cloud of Episcopal witnesses: 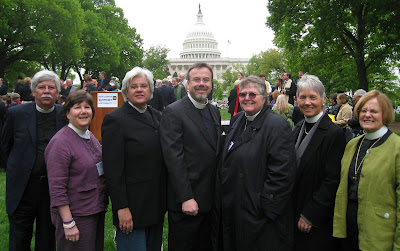 And now we're gearing up for Clergy Call 2011. Let's make this the "best ever" turnout of Episcopal clergy for what I know will be another grand opportunity to put our faith into action on behalf of LGBT justice.