Stories From the Pews: The Long Journey Home 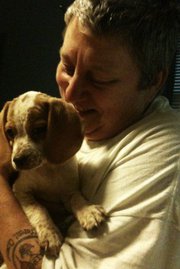 I was adopted at 6 months old by parents that were Cumberland Presbyterian. They took me to church at least every Easter until I was old enough to walk to church by myself at about 6 years old. I didn't go to church, I was sent to church. I was told that if I didn't attend at least Sunday School or church, I couldn't go outside to play later.


There were about 3 churches within 4 blocks of our house. I attended all of them at one time or another. One was almost literally in our backyard. It was a 'Christian Alliance' church. On the corner of my street was a Church of God and two blocks beyond that was a Baptist church.

I didn't understand why my parents didn't attend church except for Easter, yet insisted I go. When I finally got the nerve to ask my Dad about it he said, "I don't want to go somewhere where they shake your hand on Sunday and don't know you the rest of the week!" He also said when I was older, I could decide whether or not to go. It didn't take me long to find a way around it. I learned how to play and entertain myself in my room on Sundays. It didn't take him long to catch on! Unless it was raining...off I went.

There was one Sunday when my Dad said he didn't want me to go to church. It was September 15, 1963, the day of the tragic 16th Street Baptist Church bombing in which four little black girls lost their lives. I didn't really understand what was going on at the time as I was only 8, but I had a terrible feeling inside. How could Jesus let that happen? I thought Jesus loved the little children...red and yellow, black and white.That church bombing made me scared to go to church, but because I was more afraid of my Father's temper, I went.

Most often, I would make a brief appearance long enough for a neighbor or two to see me there, grab a church program and out the door to the Jitney Junior for candy and sodas with my offering money. I was convinced I was already going to do 'hell time' for that!

By 7th grade, my parents sent me to a Catholic school for my last two years of grammar school. That was the year the schools were desegregated and my Dad wasn't having any part of that! Again, what happened to red and yellow, black and white, I wondered. I grew to like it. We were all required to attend Mass each Wednesday morning before class. I was fascinated and though I was not an Honor Roll student, I made straight A's in religion. I decided I wanted to be Catholic...but Dad said NO!

By high school, I chose to attend United Methodist churches because that's where most of my friends went and because it wasn't as stuffy as Baptist or as formal as Catholic. Halfway through high school, I came out and was subjected to six months of psychiatric abuse...drugs, shock treatments, etc. Eventually, my parents and I worked things out and I was free to be myself......what was left of me. I wasn't really thinking much about religion during those years.

In 1974, I heard of a church on Birmingham's Southside that openly accepted gays and lesbians and didn't require us to take one of those infamous "I ain't a homo no mo courses". It was a small Episcopal church called St. Andrews. I knew nothing about the Episcopal faith and didn't think about trying it then. It would be 36 more years before I did.

In the meantime, I attended some of the "gay churches" like MCC, but something was always missing for me. After years of alcohol abuse and the subsequent sobering up one more time, I decided to visit some other churches. I went to about 2 or 3 and found them to be 'nice', but I was hungry for something more than 'nice'. I wanted spiritual fulfillment. 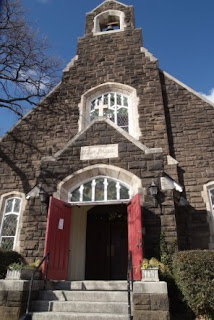 One Sunday, out of the blue, I decided to go to that little Episcopal church I remembered hearing about in the 70s. I walked in the big red doors of St. Andrews and sat down in the very back. Within about 15 minutes I had a feeling wash over and through me that I had never experienced before. It would be 3 more weeks before I learned that it was the Holy Spirit making its presence known for the first time in my life.

That was four months ago and in that short amount of time, my life has been transformed from spiritual starvation to spiritually fulfilled. I have never felt quite so blessed and am so looking forward to the Catechumenate classes that start this Sunday and my official Confirmation in April. At last I know I am home...with a family...red and yellow, black and white! ~Peace~

R.I.P. Marty your words and you will be truly missed.