The Anglican Covenant: Who Wants it? 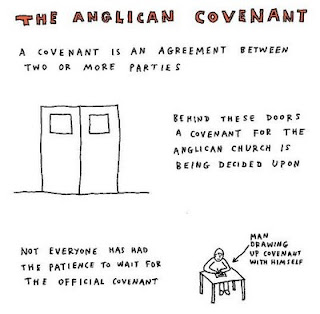 This is the third installment of Integrity's series on the Anglican Covenant, written by the Rev. Dr. Caroline Hall.


If you missed Part 1: Where Did it Come From? Click here.

The desire for an Anglican Covenant came from those who want the Anglican Communion to be more defined. The way it has developed historically is rather like a village that becomes a city without any central planning. There is very little infrastructure and no-one quite knows where the city starts or ends. The Anglican Communion has few formal lines of communication and no clear boundary – how do you know if you are worshipping within the Anglican Communion? Anyone can call themselves Anglican – and do. There are “Anglicans” who worship in my town who are not in communion with Canterbury – they are not recognized by the Episcopal Church nor by the Archbishop of Canterbury. But they identify as Anglican.

For those who believe that accepting same-gender relationships as holy is equivalent to abandoning the Christian faith, it is highly disturbing to find that they are expected to be “in communion” with people who they see as apostate. It makes them ask whether the Anglican Communion is a Christian church, and what it means to be Anglican if even those who preach heresy are acceptable.

The Anglican Covenant is one way to redefine our identity, to say who is “in” and who is “out”.

Others who are less disturbed by the question of including gay and lesbian people in all the rites of the church still think that it is time to modernize the Anglican Communion and create structures and agreements which work for who we are today. Which of course begs the question which the Covenant sets out to answer – who are we?

For a long time the Anglican Communion has in some significant ways acted as though it were one homogeneous body –as if it were an Anglican Church rather than an Anglican Communion. The biggest example of this is in our discussions with other churches. The Anglican-Roman Catholic International Commission (ARCIC) was created in 1967 to work towards greater understanding and unity of the two communions. This was not just a Church of England enterprise, but one in which those working on the Commission were thought to be able to speak for Anglicans the world over.

Since the 1960s the diversity of the Anglican Communion has become apparent and such conversations have become more and more difficult. Ordaining women and then ordaining LGBT is a divide too far. Bishop Robinson’s ordination created a significant stumbling block with our ecumenical conversation partners, particularly the Orthodox and the Roman Catholic churches. It also raised the question, how can we continue ecumenical talks towards reunification when we are increasingly disunited ourselves?

When Anglican churches, like The Episcopal Church, come to agreement with other churches, like the Evangelical Lutheran Church of America (ECLA) we have no problem in making covenants. Why then should we not make a covenant with each other which would enable us to move forward again with a degree of certainty about who we are?

And then there are those who want the Covenant because it will, they hope, calm everyone down, or at least make the Archbishop of Canterbury happy, poor man. The recent declaration by the Primates of the Fellowship of Confessing Anglicans (GAFCON) that it is inadequate and they will not sign in, put this centrist group into a bind – sign it or no, everyone will not be happy.


Note: So far the Church of Mexico has signed on to the Covenant; the Churches of South Africa, Australia and England have sent it to their dioceses for ratification, and the Executive Council of the Episcopal Church has asked dioceses to study it and comment with a view to voting at General Convention in 2012. 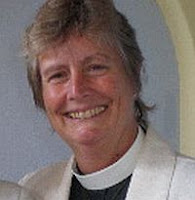 The Rev. Dr. Caroline Hall is priest-in-charge at St. Benedict's Episcopal Church in Los Osos, California. She is a former Integrity Board Member where her portfolio included international affairs and a frequent contributor to Walking With Integrity.
Posted by Integrity USA at 4:29 PM

IF you oppose the proposed covenant join No Anglican Covenant Coalition.

Caroline+, Thanks for this series. I am presently introducting the AC to a parish in Ft. Worth. It is creating a great discussion since the 'separated bretheran" of this diocese call themselves Anglican. It is a difficult issue but one that needs to be faced by all of the Communion. I am a member of NACC and appreciate your time and effort on this issue in the Church.

Americans, bishops priests and lay have been at he forefront of this move from a Communion of Churches to an "Anglican Church" over the last 50 years.

I suppose it was so in response to Our Lord's command that we should be one.

I was fascinated that the Mexican church has already signed on to the Covenant. Their primate, Archbishop Touche-Porter has shown himself to be an unwavering friend to gay people: last year before the Pride March as a sponsored guest of my parish, he celebrated a sidewalk mass for anyone who cared to join at 53rd St and Fifth Avenue just prior to our "stepping off" in the Pride Parade. So what does it all mean?