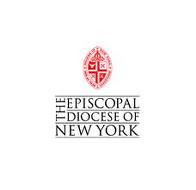 Like many around the world, we are horrified to learn of the vicious murder of Ugandan LGBT rights activist David Kato in Mukono, Kampala. Though the circumstances of Mr. Kato's death are still under investigation, we know that he, along with other activists in Uganda have lived under the threat of violence and imprisonment in recent times. Mr. Kato, who was the advocacy officer for Sexual Minorities Uganda, as well as Anglican Bishop Christopher Senyonjo and many others, was targeted last fall in a Ugandan magazine. All LGBT persons along with their advocates are at risk due to the general hostility toward them in Uganda and, in particular, due to pending legislation which would call for imprisonment or even death.

We call upon all people of good will, and especially the people of the Episcopal Diocese of New York and our sister and brother Anglicans around the world, to stand in solidarity with lesbian, gay, bisexual and transgendered persons, and to resist language, laws and actions which marginalize and even criminalize their relationships. Further, given the current hostile climate in Uganda, we call upon the Anglican church of Uganda to speak up for human rights for all God's children. Further, we call upon the United States government to grant asylum to LGBT persons from Uganda and other nations where the threat of violence is great.
We pray for the repose of the soul of David Kato, for his family and friends as they mourn, and for the LGBT community in Uganda and their allies as they struggle for an end to the fear and violence, which threaten them every day.