Secretary of State Hillary Clinton issued the following official statement moments ago on the murder of Ugandan LGBT activist David Kato, affirming that “the human rights of LGBT individuals cannot be separated from the human rights of all persons.” 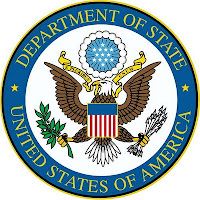 We are profoundly saddened by the loss of Ugandan human rights defender David Kato, who was brutally murdered in his home near Kampala yesterday. Our thoughts and prayers are with his family, friends, and colleagues. We urge Ugandan authorities to quickly and thoroughly investigate and prosecute those responsible for this heinous act.

David Kato tirelessly devoted himself to improving the lives of others. As an advocate for the group Sexual Minorities Uganda, he worked to defend the rights of lesbian, gay, bisexual, and transgender individuals. His efforts resulted in groundbreaking recognition for Uganda’s LGBT community, including the Uganda Human Rights Commission’s October 2010 statement on the unconstitutionality of Uganda’s draft “anti-homosexuality bill” and the Ugandan High Court’s January 3 ruling safeguarding all Ugandans’ right to privacy and the preservation of human dignity. His tragic death underscores how critical it is that both the government and the people of Uganda, along with the international community, speak out against the discrimination, harassment, and intimidation of Uganda’s LGBT community, and work together to ensure that all individuals are accorded the same rights and dignity to which each and every person is entitled.

Everywhere I travel on behalf of our country, I make it a point to meet with young people and activists — people like David — who are trying to build a better, stronger future for their societies. I let them know that America stands with them, and that their ideas and commitment are indispensible to achieving the progress we all seek.

This crime is a reminder of the heroic generosity of the people who advocate for and defend human rights on behalf of the rest of us — and the sacrifices they make. And as we reflect on his life, it is also an occasion to reaffirm that human rights apply to everyone, no exceptions, and that the human rights of LGBT individuals cannot be separated from the human rights of all persons.

Our ambassadors and diplomats around the world will continue to advance a comprehensive human rights policy, and to stand with those who, with their courage, make the world a more just place where every person can live up to his or her God-given potential. We honor David’s legacy by continuing the important work to which he devoted his life.
Posted by Integrity USA at 9:32 PM