Is the Anglican Communion over? 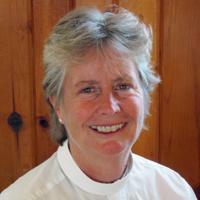 On Saturday several English Dioceses voted on whether the Church of England should adopt the Anglican Covenant.

According to Thinking Anglicans the current figures are 23 diocesan synods against and 15 in favor and it is therefore impossible for a majority of the 44 dioceses to vote in favor. Consequently the proposed adoption of the Covenant cannot return to the General Synod in this quinquennium (ending in 2015). After that any consideration of the Covenant would have to start again and include a new reference to the dioceses.

So the Church of England has said no to the Anglican Covenant, at least for another three years. Eight other Anglican provinces have approved the Covenant, and it is expected to be one of the Big Issues at this year’s General Convention.
The Secretary General of the Anglican Communion, Kenneth Kearon, wants us to carry on as if nothing’s happened. But it’s really quite silly to imagine the Anglican Communion without the Church of England. So is the Covenant dead? And if so, is the Anglican Communion also a dodo?
What would have to change for the dioceses of the CofE to change their minds? I’m not sure but it’s not going to happen very fast and in the meantime the rest of us should take a wait and see approach – there’s no point in an Anglican Covenant that excludes the Archbishop of Canterbury. My best guess is that the next Archbishop will let the Covenant wilt, die and quietly disappear.
Is that the death knoll of the Anglican Communion? Not at all. The Anglican Communion has always relied on relationships. This is a messy arrangement which does not have neat lines of authority, central control, or clear boundaries. Its shadow is that it has the potential to exclude, intentionally or otherwise, simply by failing to relate. Its upside is that it helps us to model the reign of God which is what Jesus was all about.

For those who imagined the Anglican Communion as a transnational church with national chapters this is the end of the dream. Sorry, that’s not who we ever were and it’s not who we will become. The Anglican Communion is an international communion of churches who choose to work together. That has not changed just because the Brits don’t want to play the Covenant game anymore.
Posted by Louise Brooks at 6:02 PM