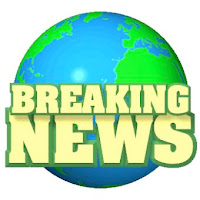 Integrity USA applauds the Diocese of Louisiana for it's passage of Resolution R-3 this past weekend. The resolution calls  for "honest, heartfelt conversations" to take place across the diocese. Respectful conversations and the sharing of each other's stories are a first step toward bringing folks together and changing the hearts and minds of those in the moveable middle or even those who say thay are opposed to support equality and inclusion for all.
Here is the full text:
2001 Resolution R-3

Purpose: A Resolution for Unity and Honest, Heartfelt Conversation within our Diversity

Resolved, that the 174th Convention encourage each ecclesiastical unit to honor our Baptismal Covenant and sustain our unity in light of the diversity of our opinions by engaging in honest, heartfelt conversations in order to listen to the experiences of gay and lesbian Christians as God works to change us all into holy people.
The resolution was introduced by the Rev. Canon William Barnwell (Trinity, New Orleans)
Here is the text of his statement: 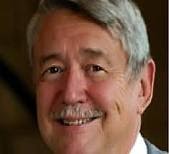 Statement to the 174th Convention of the Diocese of Louisiana
Submitted by the Rev. Canon William Barnwell

A resolution for Unity and Honest, Heartfelt Conversation within our Diversity

Each generation of the church has dealt with just how we can make the church as fully inclusive as possible. Perhaps the greatest dispute of them all arose in the earliest years of the church. Did the Gentiles have to become Jews symbolically through circumcision and by obeying food and Sabbath laws before they could become Christians?

Members of the Jerusalem church at first said yes, Gentiles would have to become, in effect, Jews before they could become Christians. (See Acts 15.) Peter and then Paul in one of his most eloquent arguments (in Galatians two) said no. God would take the Gentiles as they are, as they are, and make them fully part of the Body of Christ. Gentiles would marry in the church. They would become priests and bishops. . . . If the church could settle that dispute, as charged as it was, it could settle most anything.


Throughout its long history, every time the church moved toward inclusion, despite proclamations of doom to the contrary, it grew in strength if not always in numbers. Jesus himself had built the first church—the disciples, including but not limited to the twelve—out of a most diverse lot: women as well as men (if you pay attention to passages like Mark 15:40, 41), despised tax collectors in cahoots with Rome, prostitutes and other “sinners,” revolutionaries (called Zealots) and anti-revolutionaries like Matthew, Jews and Gentiles. Jesus brought in everyone.


Later, the universal church drew people from outside as well as inside the Roman Catholic faith, people of all nationalities and races, the young, the old, the rich, the poor, the divorced and remarried—all would be full members of Christ’s Body, at least from an Episcopal Church point of view.


In 1802 Absalom Jones was ordained as the first African American priest in the Episcopal Church. It wasn’t until the 1880s that the first African American was ordained bishop in our church. His name was Samuel David Ferguson, and he came from my hometown of Charleston, South Carolina, where he was freed from slavery as a young boy. Ferguson served as bishop in Liberia.


But it has only been in the last generation that African Americans have been ordained as priests and consecrated as bishops in growing numbers. It seems unthinkable now that we would not welcome blacks into the full ministry of the church, but that has not been the case for most of the life of our church.


Likewise, it seems unthinkable to many that our church would not ordain women as priests and consecrate women as bishops, but it wasn’t until the middle seventies that the first women were ordained priests. It wasn’t until 1989 that the first woman was consecrated bishop. This was Barbara Harris of Massachusetts. Now, of course, Katharine Jefferts Shori is our first female Presiding Bishop.


When I first became a priest in 1968, it would have been nearly impossible in many dioceses for someone who had been divorced to become a priest or remain a priest. I went through a divorce in 1974, one that I did not choose. And later I was remarried. Even though Jesus himself said that people who divorce and remarry commit adultery (I refer to Mark 10:11), the church kept me on as a priest—I can thank Bishop James Brown for that—and the church has kept on many like me, again in the church’s attempt to be as inclusive as possible.


Gay people may have to contend with St. Paul (though even that is debatable), but those of us who have been divorced for whatever reason and remarried have to contend with Jesus himself. I hear a lot of talk these days about Leviticus and Romans 1:27, but I don’t hear many people quoting Mark 10: 11 on what Jesus said about divorce.


The hands, the head, the feet, the heart, are all part of one body, in the words of St. Paul. It is time it seems to me and to many others in our church that lesbians and gays be fully included in our church. So many who are lesbian, gay, bi-sexual and transgender contribute so much to who we are and what we do as a church. I don’t need to tell you that.


How can we make these, ours sisters and brothers, fully part of our church? A way to begin is by having conversations, hearing each other’s stories, and this is what my resolution calls for—storytelling! Stories about why we believe what we believe.


I might say that while the resolution comes from me, it also represents what the New Orleans branch of Integrity is asking for.

To thank the Rev. Canon Barnwell for his moving testimony and his introduction and support of this resolution, you can email him here: wbarnwell@trinitynola.com . 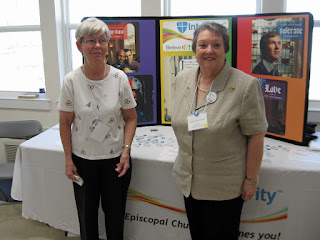 I added a link to this on the Facebook page for WordsMatter.Episcopal here