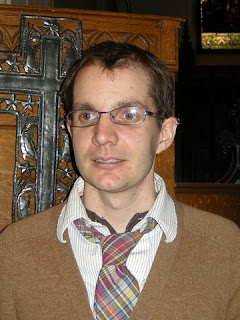 My uncle wanted to make chicken and dumplings. A simple enough task. As I watched him slowly write out the grocery list in his precise architect’s script, however, I knew completing that task would take much of the day’s energy. Recovering from spinal meningitis decades into his fight with HIV/Aids simple tasks were no longer easy. I sadly mulled this over as I drove to the store with his list. At which point, as always, my uncle made me smile. His meticulous list was arranged to the specific floor plan of the store. Pity ain’t gonna stick to that.


I get a chance to visit my uncle whenever I go to see my mother’s family. It is one of those larger rural towns; it has numerous traffic lights. It is big enough that as only a sometime resident I get lost even though everywhere I look I see a familiar sight from my childhood. This odd feeling of being familiar with your surroundings but at the same time lost is not unlike what I often feel as a part of the younger generation of gay men. I was an infant during the HIV/Aids crisis; I didn’t experience it. What I do experience is the vacuum it left behind, a generation gone leaving the next with only parts of a legacy.

This is one of the great blessings my uncle has been able to give, a direct link to this lost legacy. A great part of this has been hearing his faith journey.

When I was young and visiting my grandparents they took me to the same church they had taken my uncle when he was my age. It was my first encounter with fire and brimstone preaching. Thirty minutes was about the edge of my adolescent Episcopal ability to sit through any sermon, so once I slipped out of church at this half way mark. Only to be found by the pastor’s wife who quickly informed me that my inability to listen to God’s word proclaimed by her husband was a sign of my depravity and lack of faith. I cannot imagine what growing up in that church as a gay teen must have been like. I always thought that my uncle was thoroughly dechurched. I was wrong.

A few years ago my uncle became a confirmed Episcopalian. My memory is of him explaining that it was not a sudden decision, but one he had known for a long time. He talked about Integrity, not in any great way but by the simple fact that Integrity existed. That it had actual purchase in our church’s polity and this meant that the Episcopal Church was a place where he could worship God with his full self. Decades of the Episcopal Church being in the background had made it the place he knew he would go when he was ready once again to enter into a churched relationship with God.


His parish, though, is amazing. I was always told there were two Episcopal parishes in town. One is actually a continuing Anglican parish that split off when the new prayer book was made. I have worshiped at the other one when I am down there, and I knew it to not be affirming of the LGBT community. I could not see my Uncle there and he wasn’t.
My uncle was at the other Episcopal Church, the hidden Episcopal Church, the Episcopal Church built by Episcopal slaves so they could worship out of sight and mind of their Episcopal owners. It was there that my uncle found welcome, affirmation, and a space where he could worship God in Truth. The first white individual known to be a lay member of that parish. 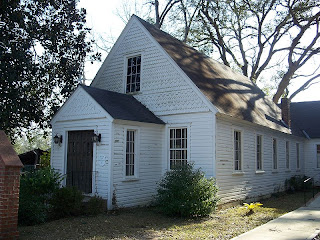 My uncle lives, he loves life, he gets out the cloth napkins and does life right. And with that as beacon I cannot help but do the same.
Our church, our church has its problems, but if the results of one of our most darkest deeds, our party to the enslavement of our brothers and sisters in Christ, is that a former slave parish in the deep south is now a place a gay white man can finally worship God in truth, then there is overwhelming hope amidst our current problems.
My uncle and his parish are two of my Icons. Windows into the reality of what God would have us do with our life and what God would have us know of the church. I bring to mind whenever the details bog me down. I offer them to you in hopes that they may serve you as well. Amen.

Ben Garren is a cradle Episcopalian and a member at the Cathedral Church of St. Luke's, Portland, Maine. He works with homeless women at a low barrier shelter in Portland.

Posted by Louise Brooks at 5:45 PM

Lovely and moving. Thank you.

Thanks so much for this moving reflection, Ben-- it's an honor to know you!