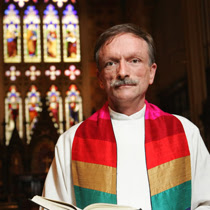 Two weeks after the Anglican Church of Canada voted to maintain its ban on same-sex blessings, a pair of renegade parishes are publicly vowing to bless and even marry gay and lesbian couples, saying there are dozens of other Anglican parishes across the country defying the rules of the national church.

Clergy at Holy Trinity Church in downtown Toronto, and at St. Saviour's Church in Victoria, have each declared their intention to push ahead with blessing ceremonies despite a decision by their church's national governing body forbidding such acts.

"We also intend, when the opportunity arises, to take the next step which is a (same-sex) marriage ceremony," said Jim Ferry, one of the priests at Holy Trinity.

"And we're not the only ones," he said Friday. "There are other parishes across the country who have been quietly going ahead and doing same-sex blessings. They're in the major urban centres, wherever there's a significant population of gay and lesbian people.

"I think, for the most part, it will be tolerated."

One senior Anglican official, who did not want his name published, said he expects the Anglican bishops in Toronto and Victoria to discipline priests in those parishes in order to enforce the rules of the national church. Bishops have the authority to fire priests or withhold their licences to minister.

Photograph by : MALCOLM TAYLOR/CNS
Posted by John Clinton Bradley at 8:04 AM