The sun is up and the sky isn't falling! 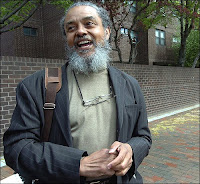 The Honorable Byron Rushing, member of the Massachusetts House of Representatives and distinguished Episcopal lay leader, reflects on the recent Massachusetts marriage decision -- the subject of a Washington Post editorial earlier today -- in this commentary (shared with permission. Thanks, Byron!)

===========
.
Before last month's vote in the Massachusetts legislature already the majority of my colleagues supported the Goodridge decision and same-sex marriage, and opposed adding a discriminatory article to the state constitution, and had voted against the proposed amendment. What last month's vote showed, was that that majority had become overwhelming, "super," 75%+1. In the past three years there is no evidence in Massachusetts that the expansion of marriage has weakened the right of heterosexuals to marry or prevented the strengthening of heterosexualcivil marriage by individuals, organizations or government; or forced religious institutions to change their views on who they should "marry."


The public schools in Boston were first integrated in the 1850's--on September 3, 1855--after a long controversy. Reflecting on that successful struggle, one of its leaders, William C. Nell said, "And since the 3d of September to the present time, the sun, moon and stars are regular in their courses! No orb has proved so eccentric as to shoot madly from its sphere in consequence, and the State House on Beacon Hill, and old Faneuil Hall, remain as firm on their bases as ever."


Theodore Parker taught 19th c. Bostonians to, "Look at the facts of the world. You see a continual and progressive triumph of the right. I do not pretend to understand the moral universe; the arc is a long one, my eye reaches but little ways; I cannot calculate the curve and complete the figure by the experience of sight; I can divine it by conscience. And from what I see I am sure it bends towards justice. Things refuse to be mismanaged long."

Or as Martin Luther King, Jr. rephrased it, "The arc of the moral universe is long, but it bends towards justice."

On May 16, 2004, I made this prediction: "The sun will rise tomorrow, and the milk will not curdle!" I was right about the first; and about the second, what goes on in people's refrigerators...
Posted by SUSAN RUSSELL at 9:07 PM