From the NY Times: Episcopalians Confirm a Second Gay Bishop 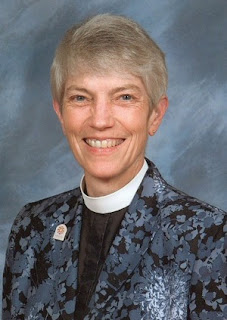 
A majority of bishops and dioceses of the Episcopal Church have approved the election of the church’s second openly gay bishop, the Rev. Mary D. Glasspool, a decision likely to increase the tension with fellow Anglican churches around the world that do not approve of homosexuality.

The worldwide Anglican Communion, the network of churches connected to the Church of England, has been in turmoil since the Americans elected their first openly gay bishop, V. Gene Robinson, in New Hampshire in 2003. Theological conservatives in the Communion say the Bible condemns homosexuality, while liberals say the Scripture is open to interpretation.

Bishop Glasspool, 56, is to be consecrated as one of two new assistant bishops, known as suffragan bishops, in Los Angeles on May 15. Both elected suffragan bishops are women — the first ever to serve in the diocese.

Both were elected at a convention of the diocese in December, but according to church rules had to win the approval of a majority of the bishops and standing committees (made up of clergy and laypeople) of the church’s 110 dioceses. Bishop Glasspool’s confirmation was never certain.

Bishop Glasspool, who has been serving in Maryland as an adviser to the bishops for nine years, said Wednesday in an interview: “I feel overjoyed. I feel relieved. I’m breathing again.”

Read the rest of the story here.