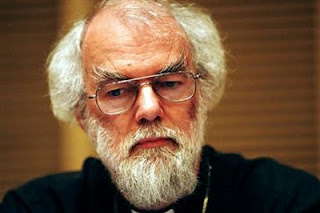 The Archbishop of Canterbury's office today described the election of an openly lesbian bishop in the United States as "regrettable" and warned that it could further threaten the unity of the Anglican Communion.

The London office of Dr Rowan Williams responded to the election of Canon Mary Glasspool to a suffragan see in Los Angeles by warning of "important implications". The statement from Lambeth Palace said that further consultations will now take place and regretted that calls for "restraint" had not been heeded.

The Episcopal News Service reported that Canon Glasspool, who held from the start that her sexuality was "not an issue", had received the necessary consents from bishops and standing committees in the US for her consecration by Presiding Bishop Katharine Jefferts Schori to go ahead in May.

Her election comes after that of the Anglican Communion's first openly gay bishop, Gene Robinson of New Hampshire, whose election in 2003 took the worldwide Church to the brink of schism, where it remains. Both Bishop Robinson and Bishop-elect Glasspool have been with their current partners for many years.

Posted by Integrity USA at 8:27 PM