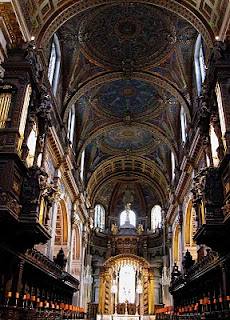 
The House of Lords agreed an amendment to the Equality Bill which would allow, but not compel, religious organisations to host the occasions.

Gay rights campaigners celebrated the change, but opponents said it could be impractical and undermine marriage.

Peers voted by a majority of 74 in favour of the amendment, which was not backed by the government.

It is yet to be approved by the Commons, but it is thought to be unlikely that MPs would make any significant changes.

We, like the government and the courts, have been quite clear ever since civil partnerships were introduced that they are not the same as marriage

He said: "In the end it comes down to an issue of religious freedom."
It was not an "attack" on the Church of England or the Catholic Church, he added.

Lord Alli said: "Religious freedom requires us to let others do things that we ourselves would not do. Religious freedom cannot begin and end with what one religion wants."
Read the rest of the story here.
Posted by Integrity USA at 4:38 PM