The Importance of Telling Our Stories

In the award winning documentary VOICES OF WITNESS, the stories of the LGBT faitful in the Episcopal Church, Bishop Gene Robinson of New Hampshire said,  "It is time we stop talking about being gay and start talking about God. That way, they will know, that the Jesus you and I know, is the Jesus they know." 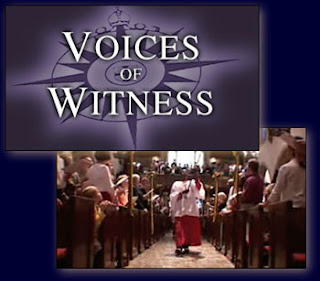 From a Letter to the Editor of the New York Times titled "An Openly Gay Bishop, and a Church’s Message" published March 23, 2010 in response to an article titled “Episcopalians Confirm a Second Gay Bishop” (news article, March 18)

"As an evangelical Christian, I once held the attitude that heterosexuality was the only sexual orientation sanctioned by God. But I have since met hundreds of gay, lesbian, bisexual and transgender people of all faiths who in their hearts and minds find great joy and peace in their spirituality. Their spiritual experience is as real as mine — and perhaps more profound considering how some people work so hard to turn them away."

Telling your stories does change hearts and minds. Keep it up!

Posted by Integrity USA at 5:26 PM