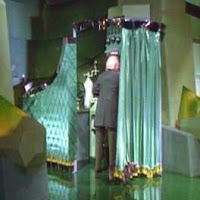 A gay Nigerian Anglican activist has been granted political asylum. Why won't the bishops stand up to his persecutors? 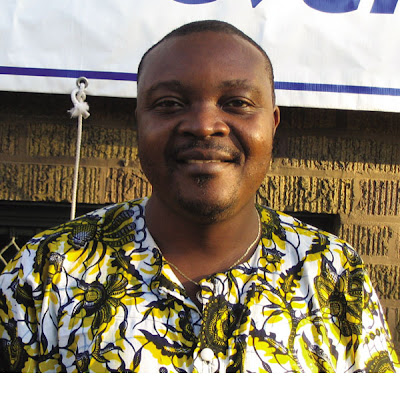 The news that Davis Mac-Iyalla, a Nigerian Anglican who is gay, has been granted political asylum in Britain ought to give the 670 bishops currently meeting in Canterburypause for thought about the African church which has so often been held up as a shining example of growth and spiritual dynamism in the worldwide denomination.
Mac-Iyalla, whose offence has been to try and organise a movement for gay Christiansin Nigeria, has been regularly smeared and denigrated by the church authorities there and has been threatened and physically assaulted sufficiently often for himto seek sanctuary, first in nearby Togo and now here.
The fact that the immigration authorities in Britain believe his story sufficient to give him protection and allow him to stay ought to suggest to the Archbishop of Canterbury and his colleagues that all is not necessarily sweetness and light in the Nigerian Church, whose bishops are boycotting their conference because of their opposition to mingling with "apostate" gay-friendly bishops.
When Mac-Iyalla first surfaced three years ago, organising a local chapter of the Changing Attitude pro-gay Anglican group, the Nigerian hierarchy refused to believe he existed -- their line was that there were no homosexuals in Nigeria and, anyway, such people were worse than beasts.
Then, when he produced proof that he was not only a practising church-goer but also had formerly been assistant to a Nigerian bishop, who had since died, the press officer of the Nigerian archbishop Peter Akinola shamelessly claimed that Mac-Iyalla had embezzled church funds -- an allegation for which he provided no proof, which Mac-Iyalla denied and which the Nigerian police have never investigated.
When Mac-Iyalla organised a meeting of gay Anglicans, theNigerian church first denied it had taken place, then that it had been attended by only a few dissidents, in the face of a news story and photographic evidence from a New York Times correspondent that it had indeed occurred and had attracted quite a crowd.
Remember: Archbishop Akinola it was who enthusiastically endorsed an attempt by the Nigerian government to introduce laws criminalising the friends and relatives of gays with up to five years' imprisonment and who, when asked at a conference in Jerusalem last month to condemn violence against gay people, somehow could notfind the words to do it.
Incidentally, for those English bishops, wracked with post-colonial guilt, who defend Akinola as having to stand strong against militant Islam in Nigeria, it has to be said that some of his statements have come very close to inciting violence against Muslims. All this and yet he still has an honoured position in conservativeAnglican circles.
The smears against Mac-Iyalla continue to surface, without evidence being produced, by supporters of the Nigerian church elsewhere. You only have to look at Ruth Gledhill's blog about the story on the Times website today to see the bile directed, not against the Nigerian church authorities, but against Mac-Iyalla himself.
It is vicious stuff and, at the most basic level, unChristian, visceral and homophobic.
The Nigerians' influence in worldwide Anglicanism, despite their bishops' current absence from the Lambeth conference, is predicated on the size of their church and its rapid growth. This sounds impressive to bishops leading declining congregations in the West, but may be more apparent than real. Akinola has been boosting his personal following by appointing bishops wholesale in Nigeria: 30 yearsago there were 16 dioceses and one archbishop there, now there are more than 120 bishops (it is difficult to keep up since more are being created all the time), 80 dioceses and 10 archbishops.
Since Akinola has personally forbidden any of his bishops from attending the conference (no need for him to seek democratic, synodical, agreement to such a move) and has personally ordered one bishop who wished to attend to return home on pain of punishment for disobedience (so much for episcopal autonomy), the Nigerian absentees form a significant proportion of the 200 or so bishops who have boycotted the meeting.
Take away the Kenyans and Ugandans who are also not present (though some of their colleagues have shown up) and the boycott looks somewhat thinly spread.While the Nigerian church has undoubtedly been recruiting members, its membership figures are almost certainly inflated.
Just as worldwide Anglicanism claims 70m members, of which 26m or so are counted as members of the Church of England, even if fewer than 1m actually show up in church in any given week, the Nigerians' figure of at least 18m (up from 5m 30 years ago so there has certainly been inflation in the number of bishops to administer to them) also looks dubious since the head count is done on parish membership and there is nothing to stop people being members of more than one parish so long as they pay a modest annual membership subscription: David Mac-Iyalla himself claims to be a member of at least three parishes, his own,his parents' parish and the parish where he formerly worked: so he's threeNigerian Anglicans for a start.

Since Nigerian dioceses get financial support from the central church based on diocesan membership there is every incentive to inflate numbers. There are even rumours that livestock are included by some hard-pressed dioceses, but that may be just apocryphal.
In any event taking the air out of the Anglican membership balloon suggests a much smaller and less committed worldwide membership than the church likes to pretend.
Surely it could not be, could it, that worldwide Anglicanism's voice is a bit like the Wizard of Oz's: booming, surrounded by an imposing edifice, but concealing a very small presence?
Posted by SUSAN RUSSELL at 6:13 PM