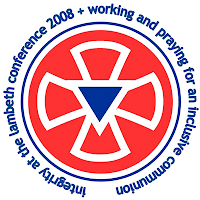 IntegrityUSA is a 34-year-old advocacy group working within the church for the full inclusion of the LGBT faithful. "VOWA is our offering to remind the Anglican Communion of its commitment to listen to the experience of homosexual persons in each province and reflect on the issues they raise," says Katie Sherrod, one of the video's producers.

The original, award-winning VOICES OF WITNESS—telling the stories of gays and lesbians in the US Episcopal Church—will also be shown to offer hope and tell the Good News on the other side of the inclusion wars in the Episcopal Church.

After the viewing of both videos, there will be a panel discussion with the producers and LGBT Africans who came to Lambeth to witness to their love of God, love of the church, and their love for each other.

"We are thrilled to have the opportunity to bring these faithful witnesses of God's inclusive love to the Lambeth Conference and to the whole Anglican Communion," says Integrity President Susan Russell.

"I encourage as many people as possible to come and watch this preview—and to see the final film when it is finished," says Davis Mac-Iyalla, Director of Changing Attitude Nigeria. "This movie reveals hidden homosexual Anglicans in Africa."

Both the VOWA preview and the original VOICES OF WITNESS can be viewed at http://www.voicesofwitness.org/.

Posted by Integrity USA at 6:43 AM