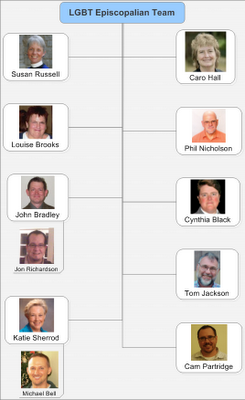 It occured to us that we never formally introduced the team of LGBT [and straight!] Episcopalians who are sharing the good news of God's inclusive with the bishops attending Lambeth.

Representing other LGBT organizations [but working closely with Integrity USA] are...

Please keep these dedicated volunteers--and their significant others from whom they are parted--in your prayers.

Posted by Integrity USA at 3:00 AM